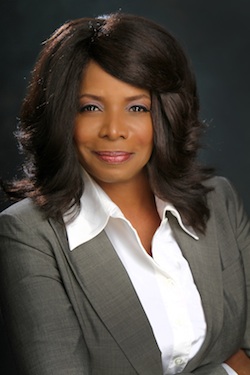 “Education forms a common mind, when the twig is bent, the tree inclines.” That quotation emanates from the Deep South, from an era when African-Americans were raised to value education and pass it on with reverence. Angeles Echols continues to honor this tradition. For more than 25 years, this native of Memphis, Tennessee has been imparting knowledge to students of all creeds, colors, and walks of life. Put simply, she’s ‘educating young minds’ and making sure those twigs grow straight, tall and strong. What began in her one-room apartment with two children and only $50.00 has blossomed into a multi-faceted and diverse organization that has touched the lives of more than 1,000 students in grades K-12 and their parents. Educating Young Minds is a non-profit corporation that is supported by the generous support of individuals, corporations, foundations, and government agencies that provide grants that range from $500 to $1 million dollars.

Angeles LaRose Patricia Echols was born in Memphis, Tennessee to Will Eva and J.D. Echols and attended Georgia Elementary School, Hamilton Middle School, and graduated from Hamilton High School in 1975. Angeles Echols knows what it is like to start out life with challenges, and much of her childhood was spent growing up in the projects. When her mother faced raising Angeles and her two sisters alone, she made sure that she instilled in them the values of discipline, faith and education. And despite growing up in an environment where higher education seemed out of reach, Angeles did not let this limit her horizons. She attended Cornell University and earned her B.A. in psychology, with an emphasis in child development and human behavior.

While attending Cornell, Angeles discovered a love for the arts and for working with young people. She was awarded $5,000 from Willard Straight Hall to produce the musical “An Evening of Soul”. She directed the gospel choirs on and off campus. When she was not studying or performing, she was tutoring local students in math and English. She was always torn between her love for the arts and her love of teaching. After much prayer and soul searching, the path was chosen for her. She would become an advocate for children; she would become an educator and mentor, empowering children, parents, and families.

After college she worked as a tutor and instructor at a wide range of traditional and alternative schools: Harvard’s Upward Bound Program, Chaffey college in Rancho Cucamonga, Trinity Lutheran School in Los Angeles, Holy Name’s Multi-Purpose Center in Memphis, and at Alexander Berger Junior High School #139 in the Bronx.

It was Angeles’ tenure at Trinity Lutheran, a small private school, that opened her eyes to what she could accomplish in education. That put her on the path to the creation of Educating Young Minds. She was allowed to create programs and provide one-on-one attention to inner-city students. Given the success of her class, teachers and parents eagerly sought her assistance. Very quickly she discovered the tremendous demand and need in her community, especially among people of color, for supplemental education and counseling services. Soon her apartment was filled every day with children, with every part of the apartment in use as an educational facility. The need for a stand-alone facility became clear. Thus Angeles founded Educating Young Minds Tutorial Program.

Educating Young Minds’ aim is to reach at-risk children and their families, channeling their energies toward achieving excellence. This is accomplished by linking high expectations with academic improvement through proven teaching and learning strategies and activities. Educating Young Minds provides a student/teacher ratio of 5:1 to better accommodate students (grades K-12) with different abilities and backgrounds.

The truest testament to Mrs. Echols’ work is the young men and women that graduate from EYM, who succeed in college, and then return to their communities as role models and as leaders. Currently eight former students are on staff at EYM. They are strong and active, and take on leadership roles within the organization. They are the future of EYM, and the lessons they have learned from Mrs. Echols they now teach to our students.

To provide a student’s view of Mrs. Echols, below is a short essay by one of her many former students:
LaShia Ransom, EYM Graduate 1999
USC 2003, B.A. DEGREE, SCHOOL 2007, M.A. Counseling- Marriage and Family
Child Therapy
Founder Non-Profit "Enriching Communities"

Once upon a time, I was known as a "selfish little girl with a horrible attitude”, who at 14 knew everything and “didn't need anyone to tell me Anything", until that one late evening when my mother found me sitting on my bed crying into my Trigonometry book, with my TI-82 in hand. My mom asked, “What was wrong?” With tears in my eyes, I looked at my mom for the first time feeling like a failure. I responded, "I don't know how to do this! I've failed my 2nd math test!" My mom felt the defeat and sadness in my words. She hugged me and told me, she would figure it out and she would get me some help.

By the end of the week, my mother had found Educating Young Minds (EYM) and Ms. Echols in the yellow pages. I arrived at EYM, embarrassed to admit I needed help. (Please take note I had been an honor roll student since the first grade.) Asking for help was something I didn't know how to do. As my mother and I sat with Ms. Echols she looked at me, then at my mom, asking a lot of questions. I gave one word responses with the most negative attitude you could imagine. That's when Ms. Echols respectfully asked my mother to leave, no, she told her to get out of her office. What happened in that office I rather not mention today, just know that it was done with love and respect and I learned a lot of humility! The rest is history and was truly a blessing!

Needless to say, not only did I pass my Trigonometry class, I became one of the first students to receive a scholarship from EYM in 1999 and graduated from USC with honors in 2003. In 2007, I graduated with a Masters Degree in Counseling- Marriage & Family Child Therapy. Today I am a very humble and proud wife and mother, who is employed with the Los Angeles County Probation Department as a Deputy Probation Officer II, providing treatment and counseling to detained high risk offenders. Last year I co-founded my own non-profit organization, "Enriching Communities", to be an advocate for inner city youth suffering from substance abuse and dysfunctional family structures. I look forward to Ms. Echols joining my board of directors. With a strong foundation from my mother and the educational guidance from Ms. Echols-Brown, I too am making a difference in the lives of young people, giving them hope, self-esteem and guidance.

Angeles Echols’ philosophy of always putting the needs of the child first has created a culture and an environment at EYM where children are happy to be here. More than once I have had students tell me that EYM is their home away from home. It is a nurturing and academically empowering environment. There is no crying, no yelling, no fighting at EYM. The classrooms are orderly and productive. Visitors to the sight are often struck by how so many children can occupy a space and yet there is a sense of peace and tranquility. This is all the more remarkable because these same children are attending area schools that are notorious for rowdy and unproductive learning environments. It all comes down to leadership and high expectations.

Through hard work, good business sense, and a deep understanding of humanity, Angeles Echols built EYM into a thriving community based organization that believes that every child deserves a quality education. At the end of the day, Angeles Echols is one of those rare individuals who is excited not by the many accolades, but rather, the academic and emotional success of her students. Her vision, to expand the reach and the scope of EYM’s programs and mission is driven by an unquenchable thirst for achievement and support of children, that inspires her peers, students and empowers her parents, molding urban youth, one graduate at a time.

Angeles Echols married Richard Brown in 2008. Together they are raising her nephew Anthony Stidum.