Helping to ease the burden of school tuitions

Oscar Hernandez is an experienced producer and director  who has produced both nationally and internationally. She is the founder and owner of Oscia Productions, a full service Production Company, whose expertise includes: SCRIPT WRITING -- SET DESIGN -- THEME CREATION -- LIGHTING -- SOUND -- VIDEO TAPING -- PROJECTIONS -- TELEPROMPTER -- CHOREOGRAPHED PRODUCTION NUMBERS -- AND PROCUREMENT OF TALENT.

Oscia Productions most important tool is an attentive ear. Understanding the client's needs and delivering a memorable unique production is the overall objective.

Educating Young Minds is a reflection of great people working together for the benefit of our most valuable resource- our children.  With graduates and those presently attending colleges and major universities across the country, who have received scholarships ranging from $6,000.00 to $12,000.00 each, the staff and crew of Oscia Productions is proud to have produced the EYM Gala since its inception in 1999. We are honored to be associated with an organization that has enhanced the lives of so many of our youth.

We have heard the adage that says, "Children are the future", but I would rather say, "we are the children's future and how we prepare and care for them today will determine our tomorrow ". 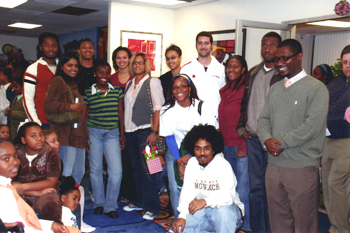 EYM would like to give a special recognition to The Rick Perkins Band and Arlene Kennedy and The Kennedy Tap Dancers who have entertained and supported EYM for many years.

In June of 1999, State Farm Insurance sponsored EYM's first annual scholarship awards gala. Supporting sponsors included ACT I, American Express, Maverick Records, Pepsi Cola Company, Mattel, AT&T and many others. EYM honorees included Debbie Allen, Police Chief Bernard Parks, and C.Z. Wilson PH.D. Among the graduating high-school seniors, all but one has graduated from 4-year institutions. One graduate, an EYM student since the 5 th grade, now attends Law school at Northwestern in Illinois where she received a complete scholarship for both Law School and a PHD Program in African American Women's Studies.

A special thank you to, Citibank, United Parcel Service, Bank of America, Farmers Insurance Group and American Express, for their financial support. 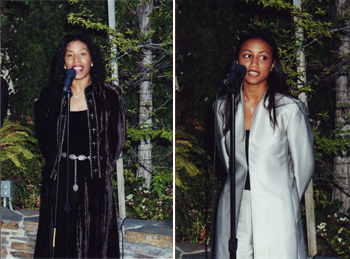 *A Special Thank You to, Bank of America, Buntzel Foundation, Chela Financial, Citibank, The Magic Johnson Foundation, Nestle, Samuel Goldwyn, California Community Fund, and many others for their unwavering support.

In June 2002, Sweet Lorraine Productions and Chela Financial sponsored the fourth annual scholarship awards gala. A special salute was given to the late Mr. Paul Kennedy ìThe Master of Danceî EYM's 2002 Honoree, for more than 20 years of Humanitarian Service, Public Dedication and Youth Inspiration. Ehrich Van Lowe and Tina Treadwell were this year's co-chairpersons. Larry Carroll and Roz Ryan were the evening's co-hosts.

Thank you, Bank of America, Wells Fargo, Nestle, The Lagrant Foundation, West Angeles Church of God in Christ, Chela and many others.

A special thank you to Chela, The Magic Johnson Foundation, The John Gogian Foundation, Nestle and Union Bank for your continued support!!! 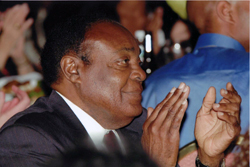 EYM's honoree for this year's gala was Mr. Percy Pinkney of Senator Feinstein's office. We appreciate and salute our many sponsors who returned to support our efforts.

We would like to welcome our new sponsors Albertsons Sav-on and Coca-Cola to the EYM family. We are looking forward to a growing relationship.

Much love to our consistent and loyal supporters The Education Financing Foundaton of California, EYM's Board of Directors, Union Bank, Nestle, The Magic Johnson Foundation, and many others. Without your continued support we would not have been able to grant and /or pledge more than $400,000 in collegiate support.

Larry Carroll and Dierdre Downing-Jackson were the co-hosts.

This gala was full of surprises and entertainment as well as awards. EYM producer Oscar Hernandez and her illustrious team created a spectacular star-studded evening.

Collaborative efforts among entertainers, educators, politicians, sponsors, and the community-at-large proved to be more than worthwhile. More than $250,000 was raised to support EYM collegeñbound students at this year's gala.

A special salute to EYM Board Members and staff who work with EYM parents and sponsors, daily, striving to save a generation one graduate at a time. 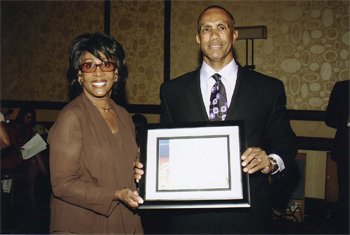 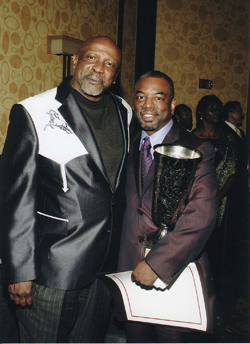 We would like to thank our sponsors Nestle, CVS/Pharmacy, Coca-Cola, the College Access Foundation, the Magic Johnson Foundation, and the Law Offices of Ivie, McNeill, & Wyatt. Your support helps make this all happen.

Our class of 2007 had such wonderful young men and women, we will miss them very much. What futures they have ahead of them! We are so proud of what they have accomplished.

Larry Carroll and Dierdre Downing-Jackson were the co-hosts.

EYM's honoree for this year's gala was the UCLA Black Alumni Association. Honorary chairpersons Bill Duke and David Marshall helped set a fundraising record for our college scholarship program. Over 600 people in attendance spent an evening celebrating the achievements of this year's class.

We would like to thank our sponsors Nestle, US Bank, Farmer's Insurance, GBK Productions, the Africa Channel, CVS/Pharmacy, Coca-Cola, the College Access Foundation, the Magic Johnson Foundation, and Toyota.

Our class of 2008 is off to college, what a challenging, interesting journey they have ahead of them! We are so proud of what they have accomplished.

Larry Carroll and Dierdre Downing-Jackson were the co-hosts of this Oscar Hernandez production. Thank you Oscar for ten incredible years!